22 Foods You Should Never Eat Before Sex

As originally seen in Cosmopolitan :

Avoid these menu items to beat bloat (and every other bodily function that makes you feel unsexy) on your next date.

When there are so many foods that make you feel bloated and unsexy, it's shit luck that most dates start with eating and end with sex — especially when you eat shortly before lying down. Luckily, you can eat your dinner or dessert (or both, on good dates) and enjoy sex too. Just lay off the foods that can trigger digestive issues, a real problem if you have a sensitive stomach or suffer from date-related anxieties, which can amplify digestive issues, according to William Chey, M.D., a professor at the University of Michigan and advisor to the International Foundation for Functional Gastrointestinal Disorders.

ON A BRUNCH DATE: 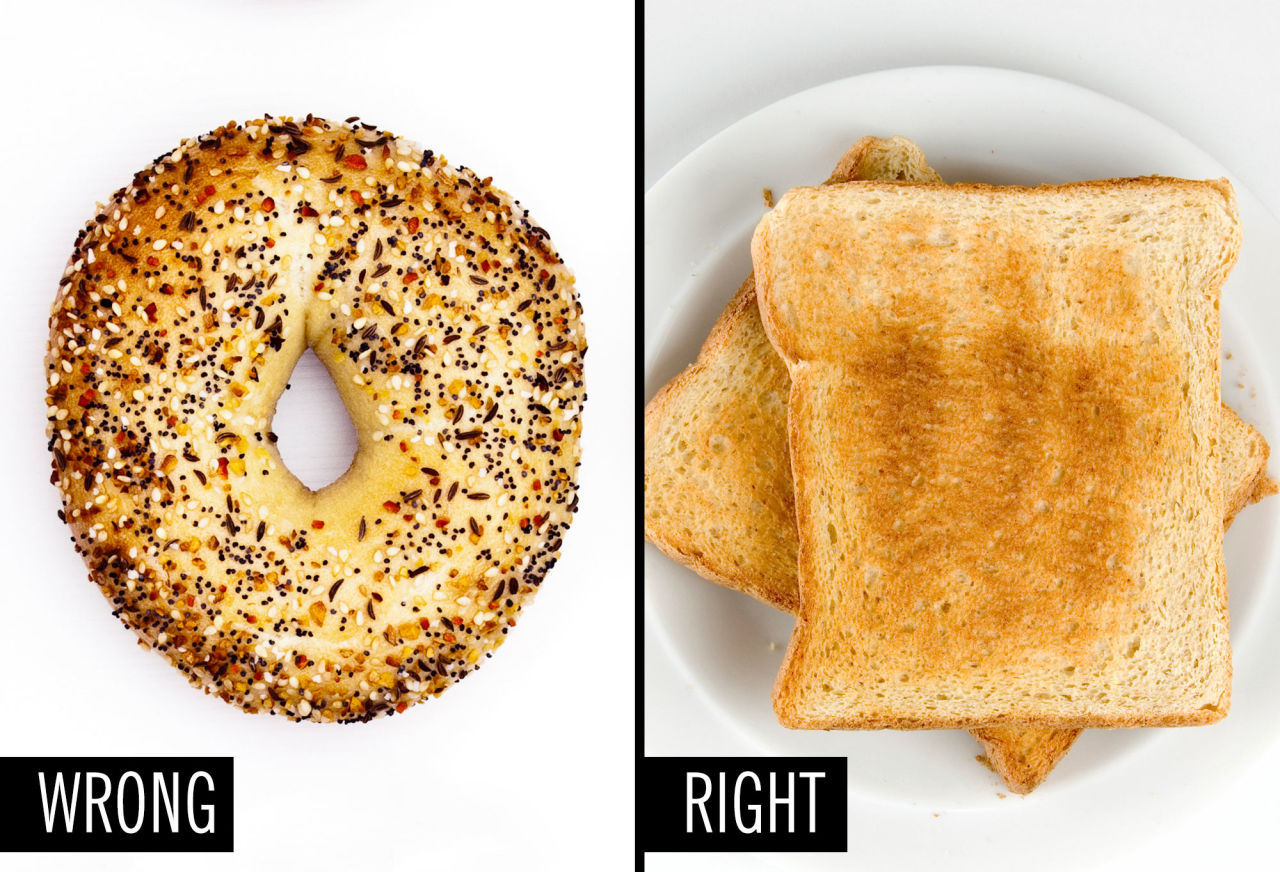 When it comes to breads, bagels are about the densest you can get. So many people have trouble digesting wheat as it is, regardless of gluten allergies, according to Dr. Chey. Smother it with an inch-high filling of heavy cream-cheese, and you can bank on even feeling full forever as your body struggles to digest the hefty serving of fat and protein — two nutrients that take longer to process than straight-up carbs.

Instead, eat: Toast, and go easy on the spread. (When your goal is to digest your food quickly, a tablespoon of cream cheese is plenty — particularly if you're sensitive to dairy.) 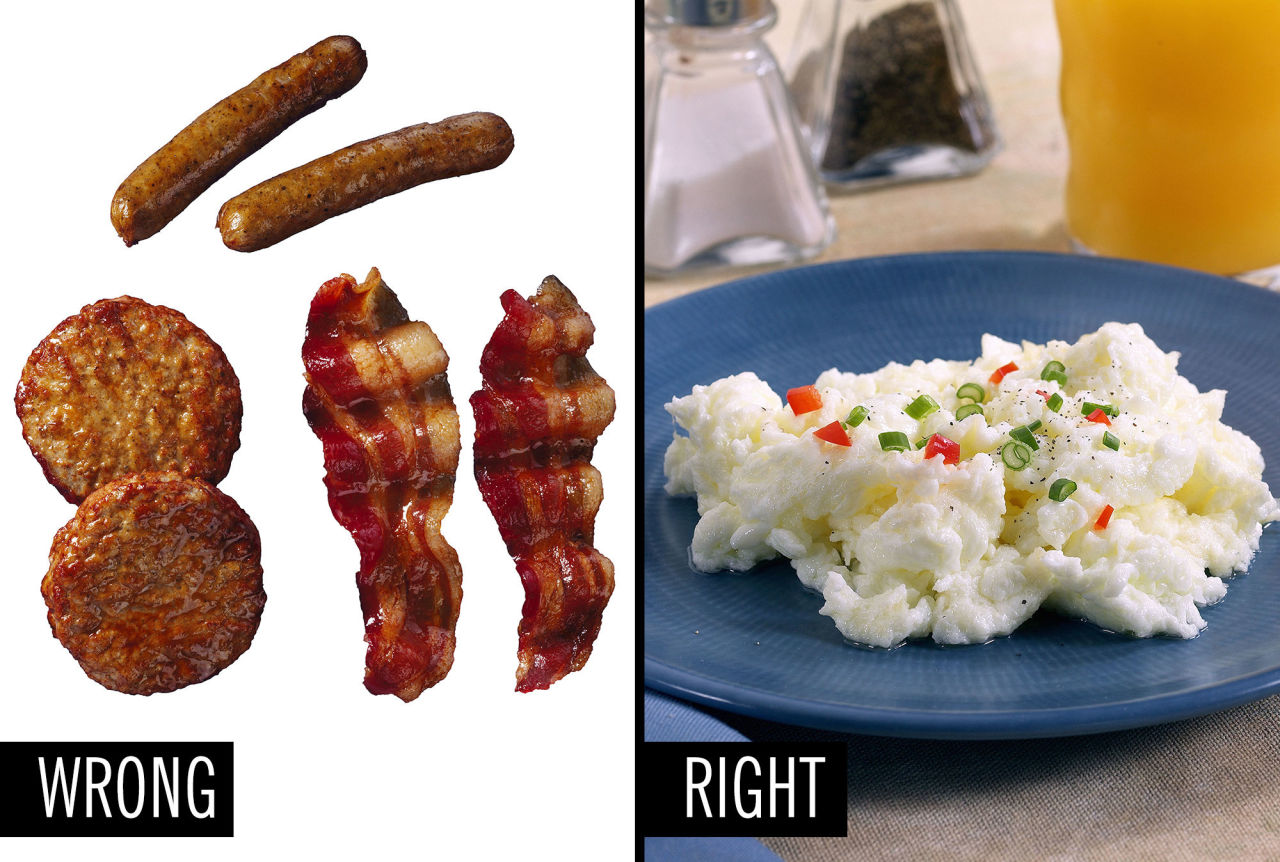 Simply put, sausage and bacon are fatty AF. "Greasy breakfast meats pose the greatest heartburn and GI distress," Dr. Chey says, pointing his finger toward bacon, in particular, which can be especially problematic.

Instead, eat: Scrambled eggs — or better yet, egg whites. As long as they're not uber greasy, they'll provide you with high-quality protein without the grease that makes you feel gross. 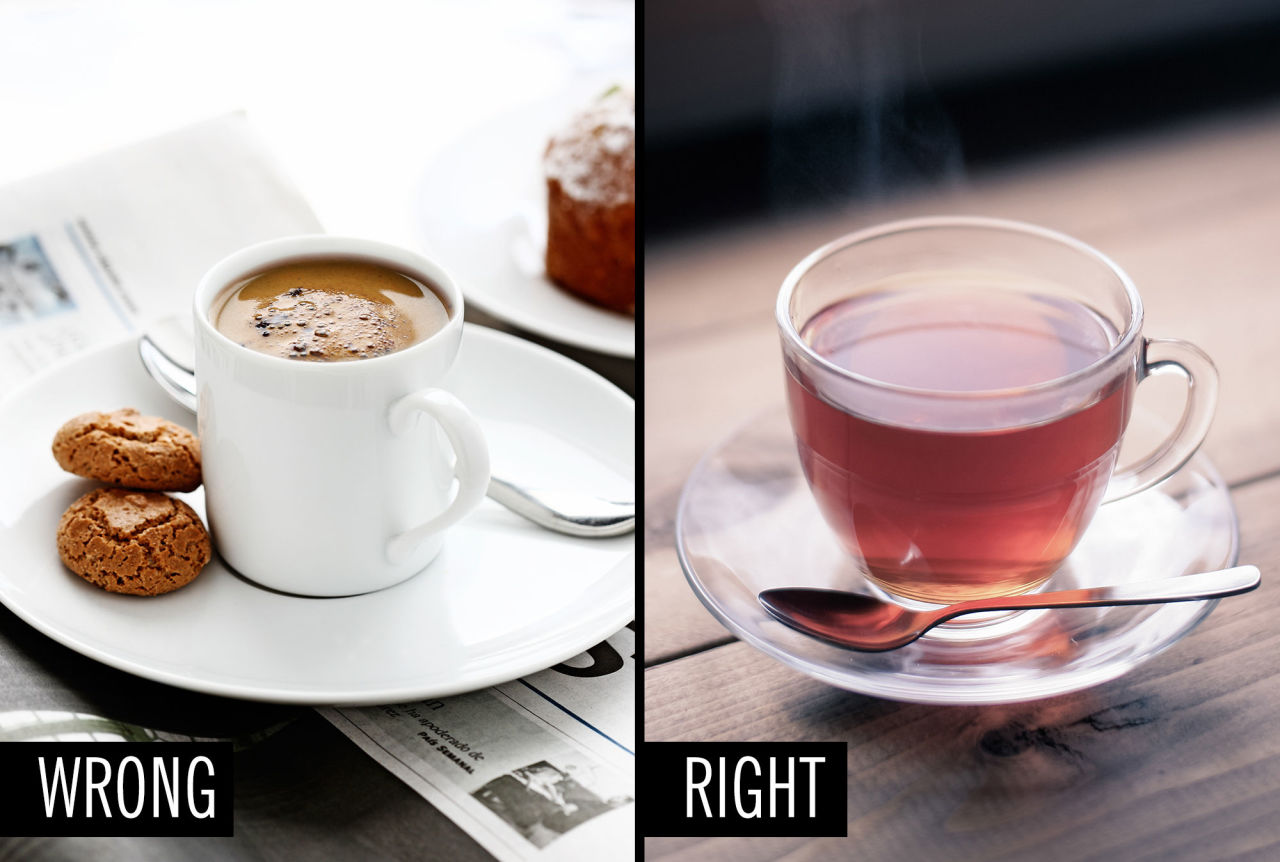 Depending on how much you typically drink, how your body processes caffeine, and the strength of the coffee you're drinking, strong coffee drinks can amplify the nervousness that triggers stomach issues like diarrhea — the last thing you need when getting close to your partner.

Instead, drink: Tea. It has less caffeine than coffee. Bye, jitters!

ON A DINNER DATE: 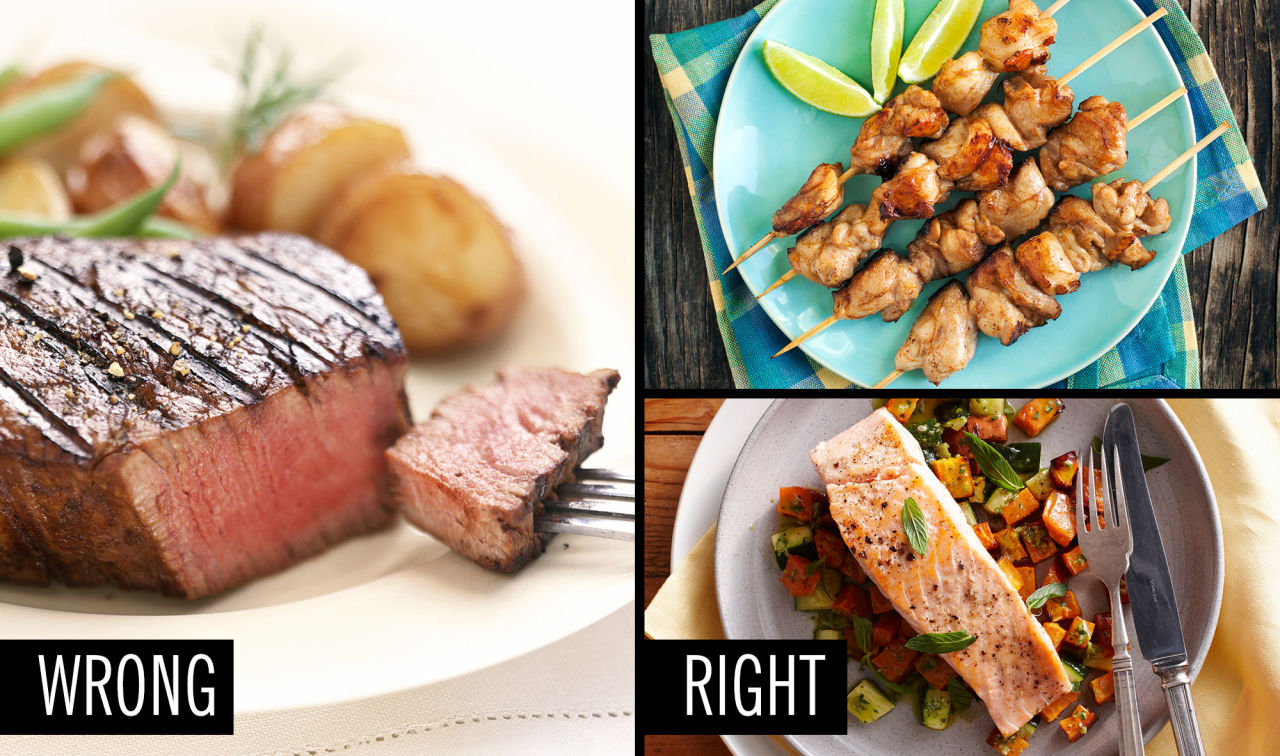 An 8-ounce piece of meat could trigger gas that's particularly foul-smelling, according to Dr. Chey. "Gas associated with red meat is more odorous because of chemicals it produces in the colon," Dr. Chey explains. That's because when you overeat protein, it goes straight to the colon for fermentation where it creates some seriously offensive byproducts.

Instead, eat: Fish or chicken — they're generally less dense and easier to digest. 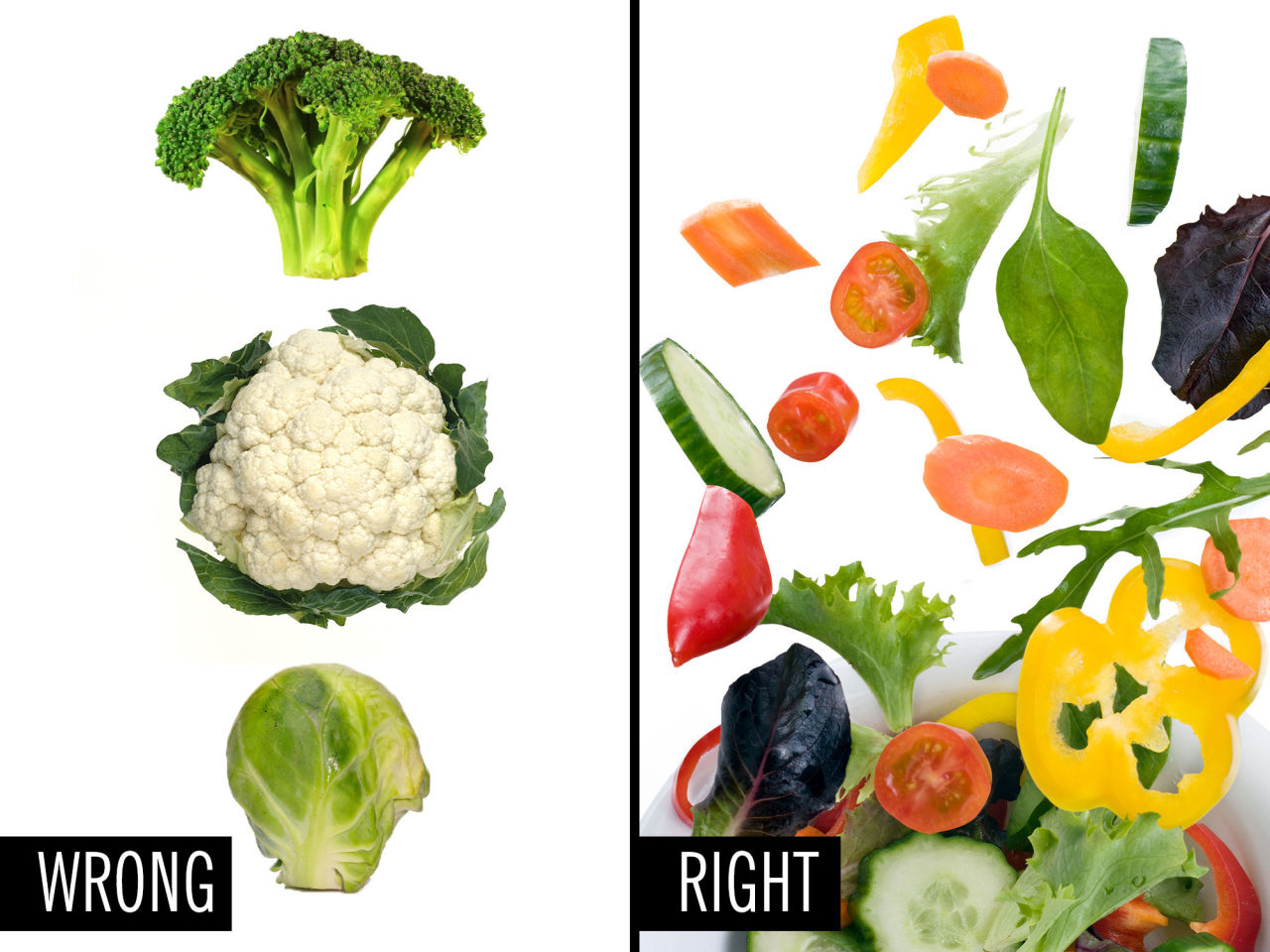 Instead, eat: Salad greens, cucumbers, tomatoes, bell peppers, mushrooms — they're all quite a bit safer. 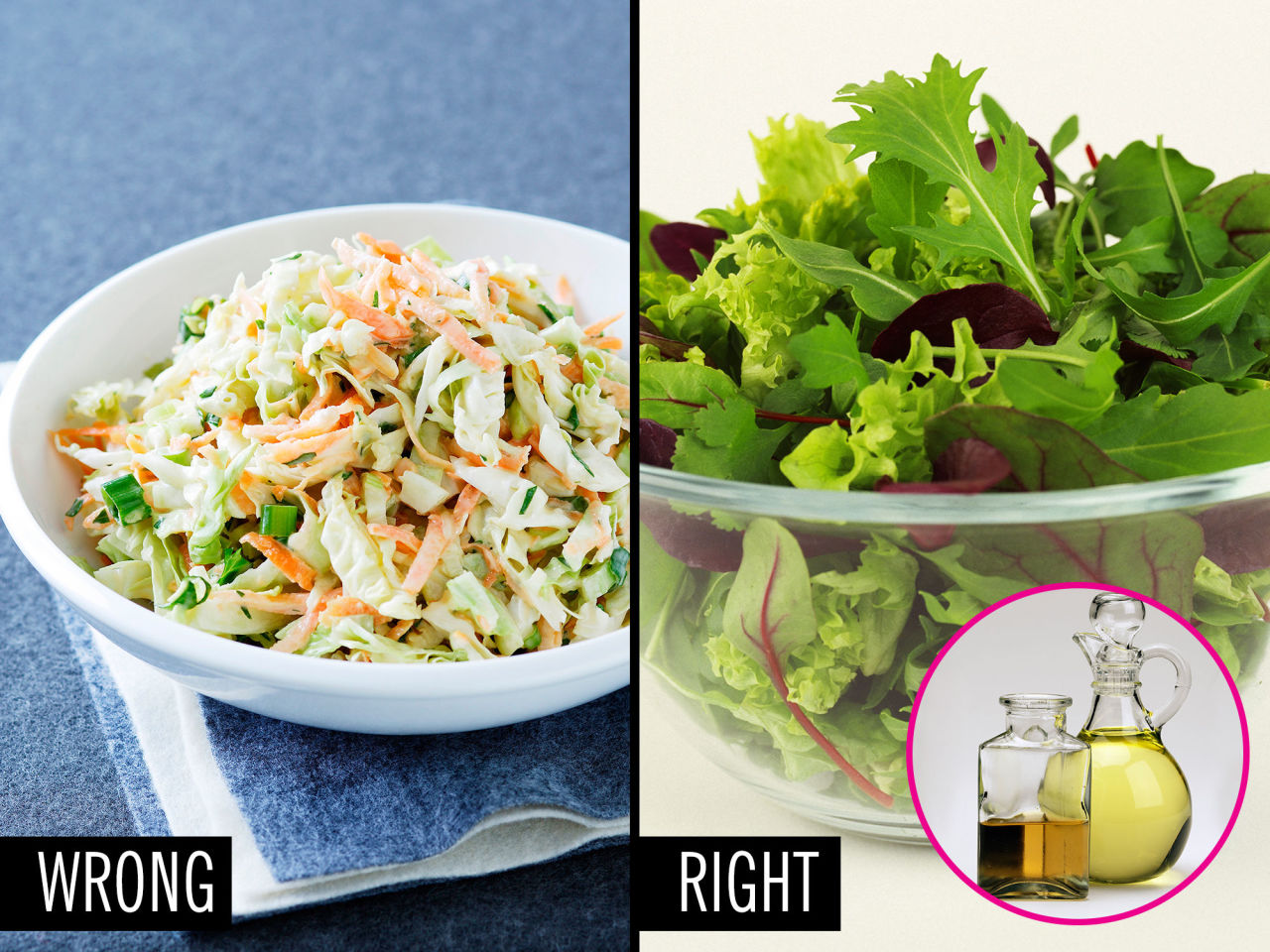 While it's cabbage that gives coleslaw that satisfying crunch, the ingredient is bad news when it reaches the gut, where fermentation causes gas galore. The mayo-based dressing only makes things worse, leading you to feel bloated for even longer.

Instead, eat: Green salad dressed lightly with oil and vinegar. You'll get your leaves in without suffering major side effects. 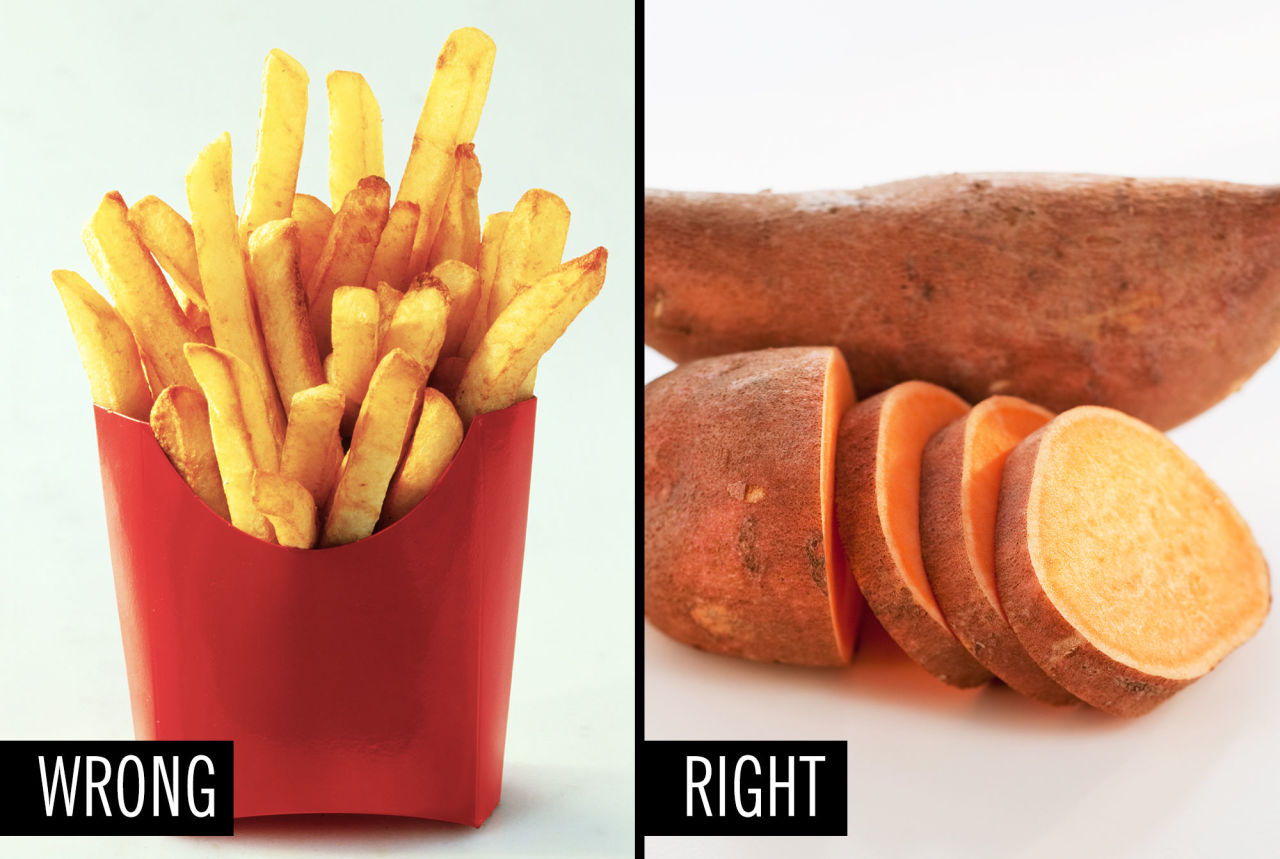 Potatoes are relatively easy to digest — it's the oil they're fried in that can get you into trouble. That's because fat takes its time to empty out of the stomach, making you feel full and uncomfortable for a while after eating. (Not ideal when ~sexy time~ is immediately following your meal.)

Instead, eat: A baked potato — and make it a sweet potato for extra nutrients.

ON A DATE AT A MEXICAN RESTAURANT: 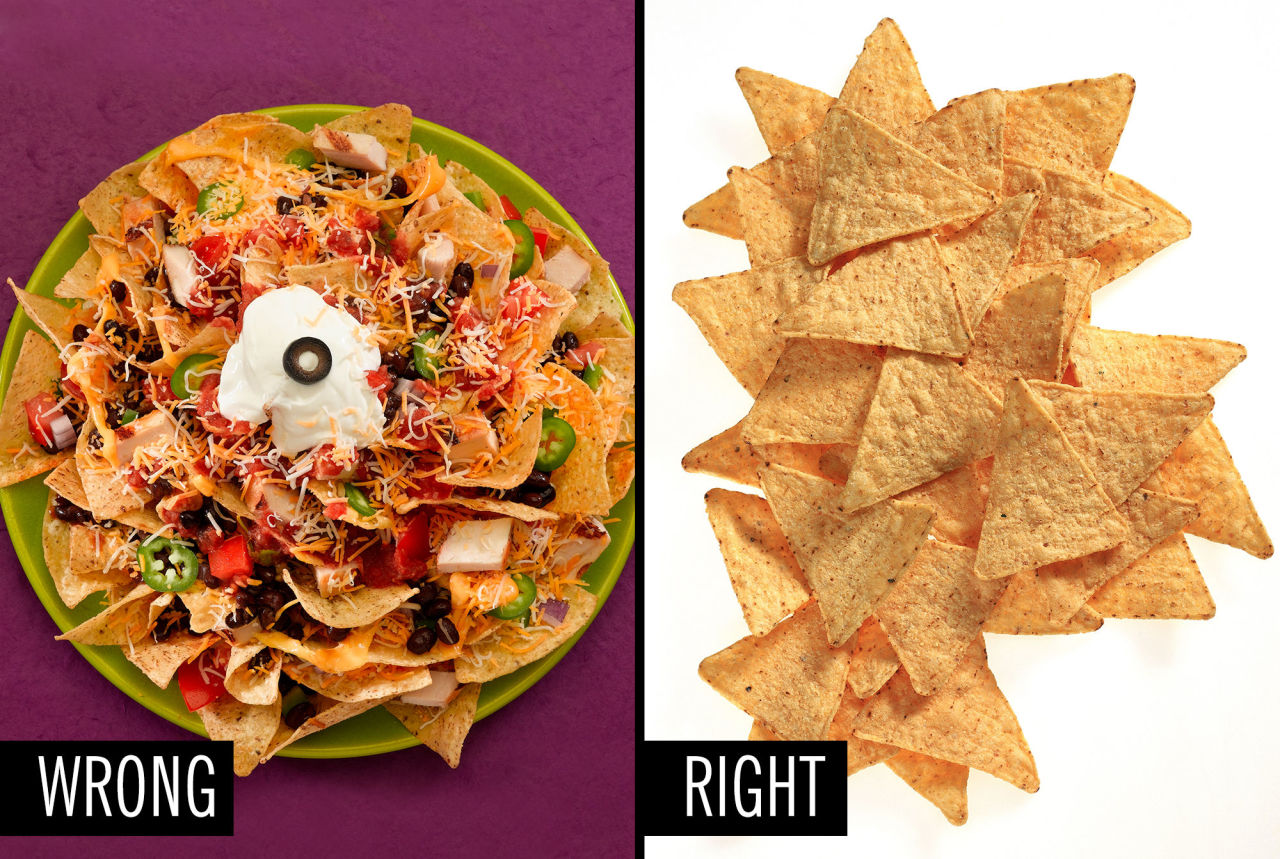 In the context of digestion and related issues, the corn used to make tortilla chips is relatively harmless. The problem with nachos? They're fully loaded with: beans that contain indigestible sugars called galactans, which explain their reputation as a major gas producers; fatty meat that can trigger indigestion; sour cream and cheese, which bloat up anyone who's sensitive to lactose; and guac and salsa, which are made with onions and garlic, two ingredients that sneakily cause gas, according to Dr. Chey. Talk about a recipe for digestive D-I-S-A-S-T-E-R.

Instead, eat: Plain tortilla chips. "Corn bran is not fermentable," Dr. Chey explains, which means any corn fiber you can't digest just passes through your system without creating gas in the gut. 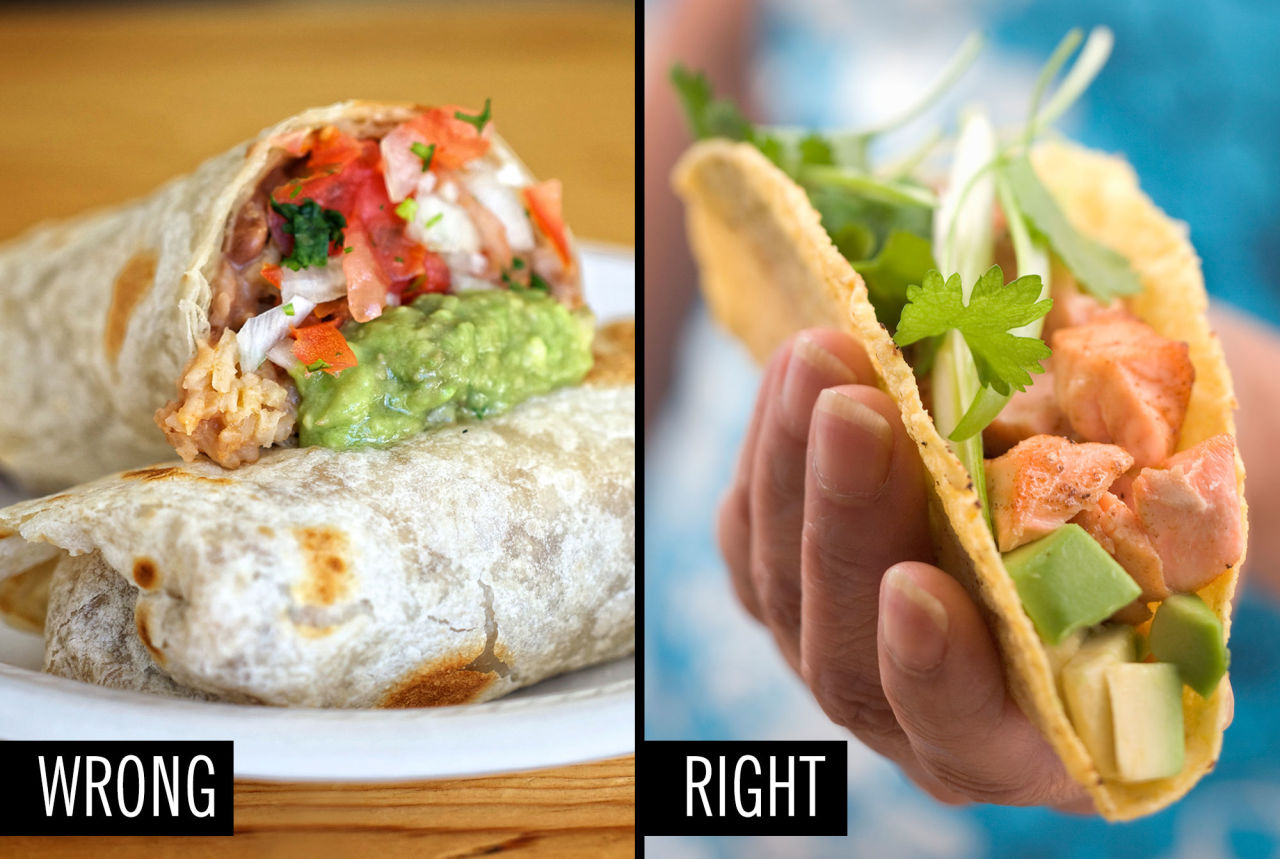 Between the wheat wrap, bean filling, cheese, fajita onions, and the sheer amount of food stuffed into the average burrito, burritos are good for two things: Their general deliciousness, and their ability to get you out of a date — fast. ("Sorry, I had to run — I ate that burrito!" ¯\_(ツ)_/¯ )

Instead, eat: Tacos. A chicken- or fish-topped corn tortilla is your safest bet because (1) corn is easier on the stomach than wheat; (2) chicken and fish are lighter and easiest to digest than meats; and (3) small tacos hold less food than burrito wraps, so they automatically reduce your risk of overeating (the biggest bloater, TBH). Just lay off the side of 🚨beans!🚨 and stick with rice. 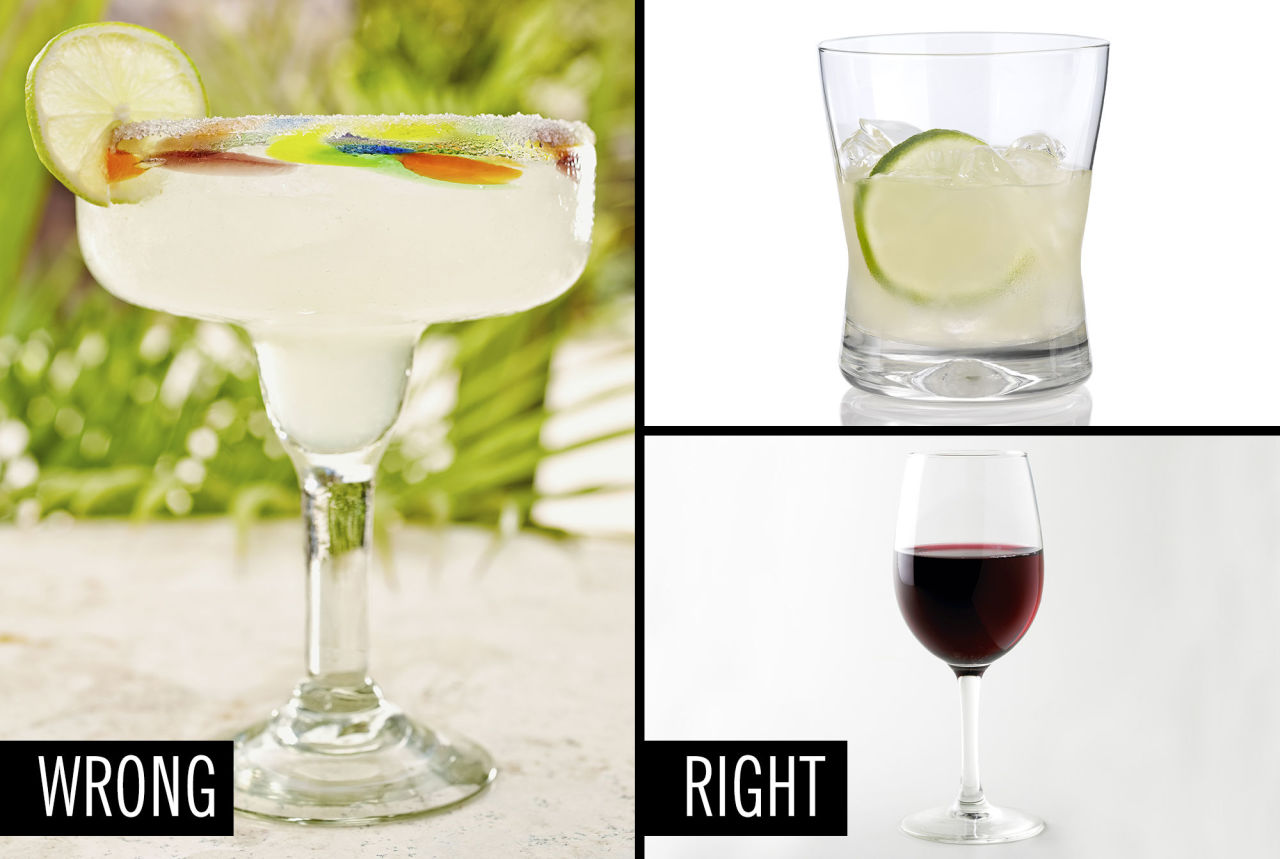 Whether it's made with margarita mix or lime juice, it's bound to be packed with added sugars, which are notoriously difficult to digest. So the same goes for any other mix-based or super-sweet drink comprised of mostly fruit juice.

Instead, drink: Tequila straight up, or wine (a safer bet). This way, you're only up against naturally occurring sugars.

ON A DATE AT AN ITALIAN RESTAURANT: 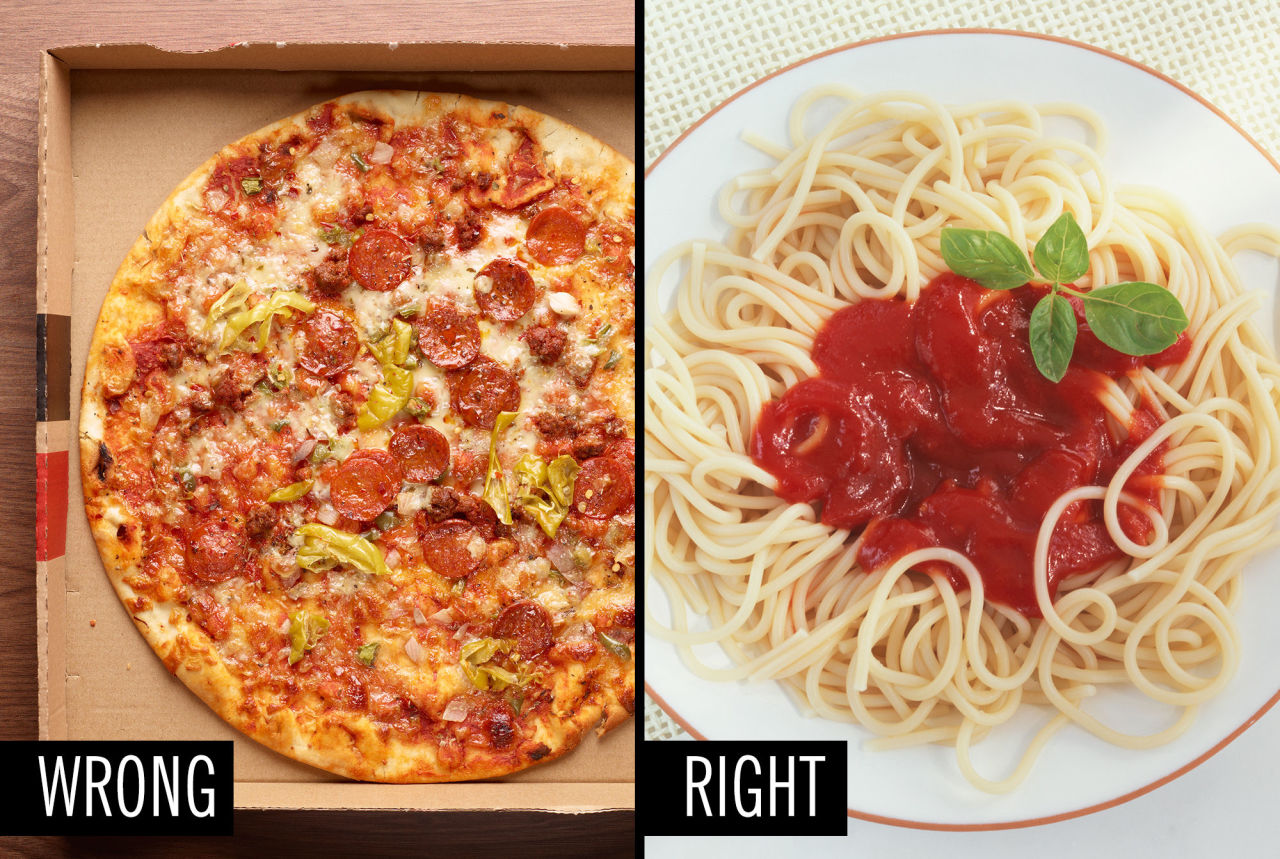 The problem: Pizza dough is obviously made from wheat, an ingredient that can trigger gas and bloating in some people, according to Dr. Chey. The cheese doesn't help, particularly if you're lactose intolerant. And if your slice is dripping with grease, it will make you feel worse for longer, because dietary fat delays gastric emptying to keep food in your system for longer.

Instead, eat: Pasta lightly dressed in red sauce — and hold the cheese. Pasta goes down more easily than dense pizza dough, according to Dr. Chey, so you're less likely to have problems. 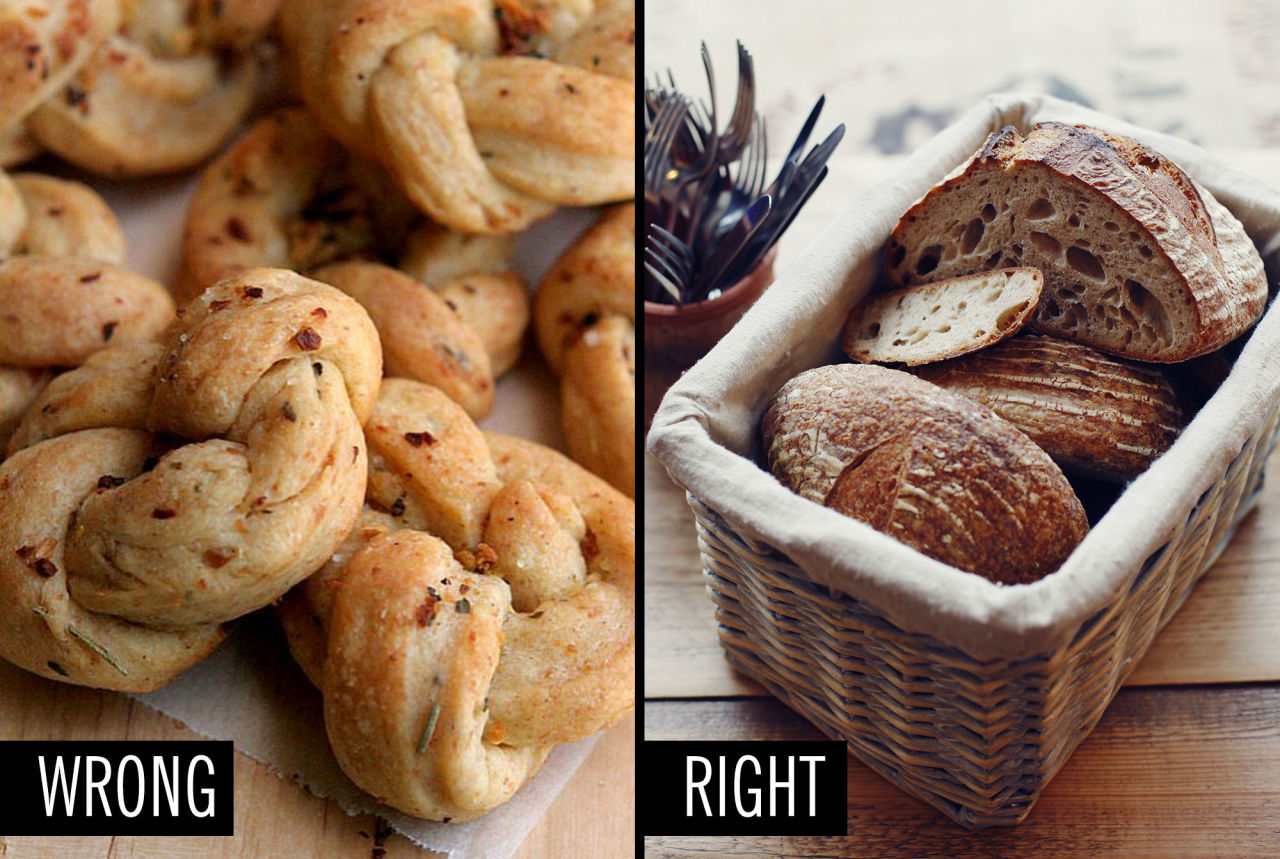 Instead, eat: Plain Italian bread — anything that comes in your breadbasket is likely to be a better pick. 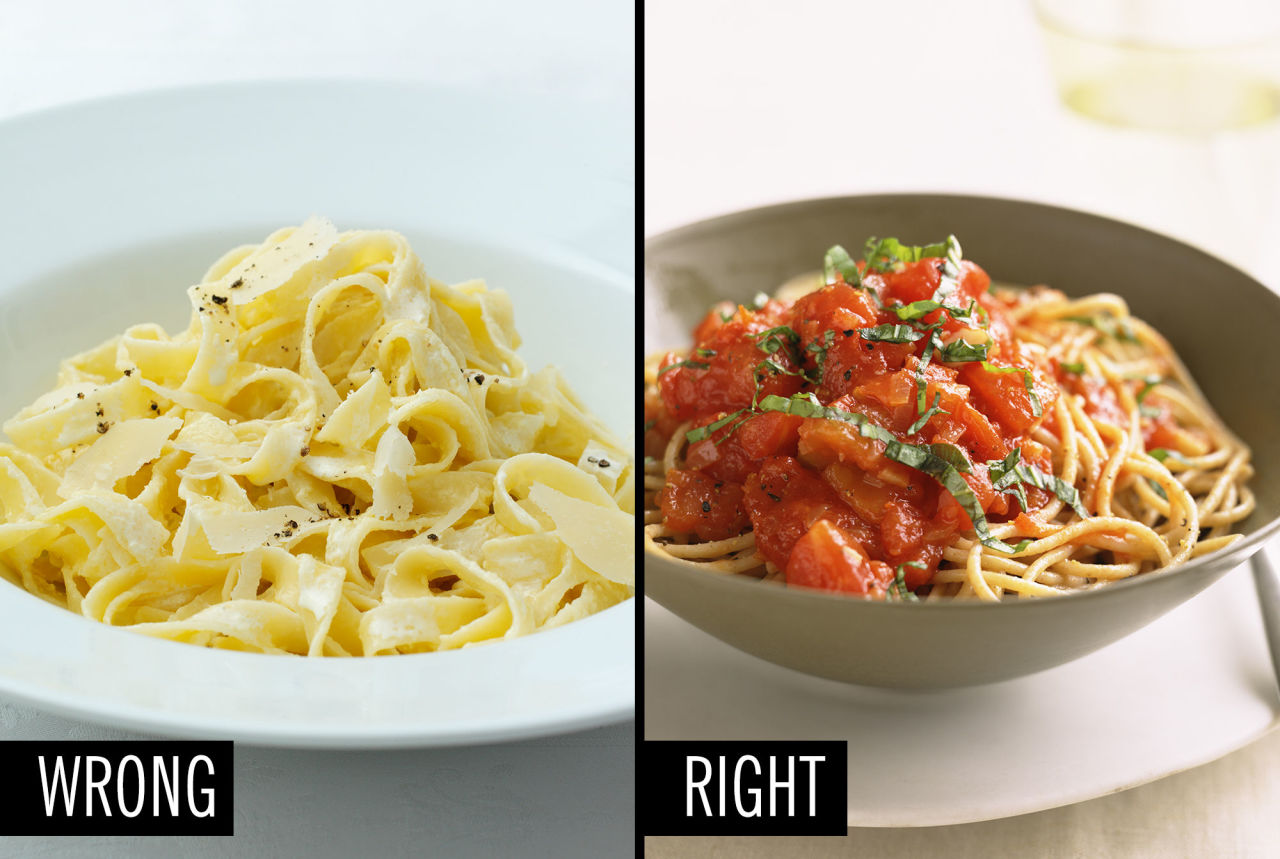 Heavy cream-based sauces contain lots of fat, which takes a long time to digest — not ideal when you're planning to chill horizontally the second you get back to your place. And cream will obviously upset your stomach if you have a dairy sensitivity.

ON A MOVIE DATE: 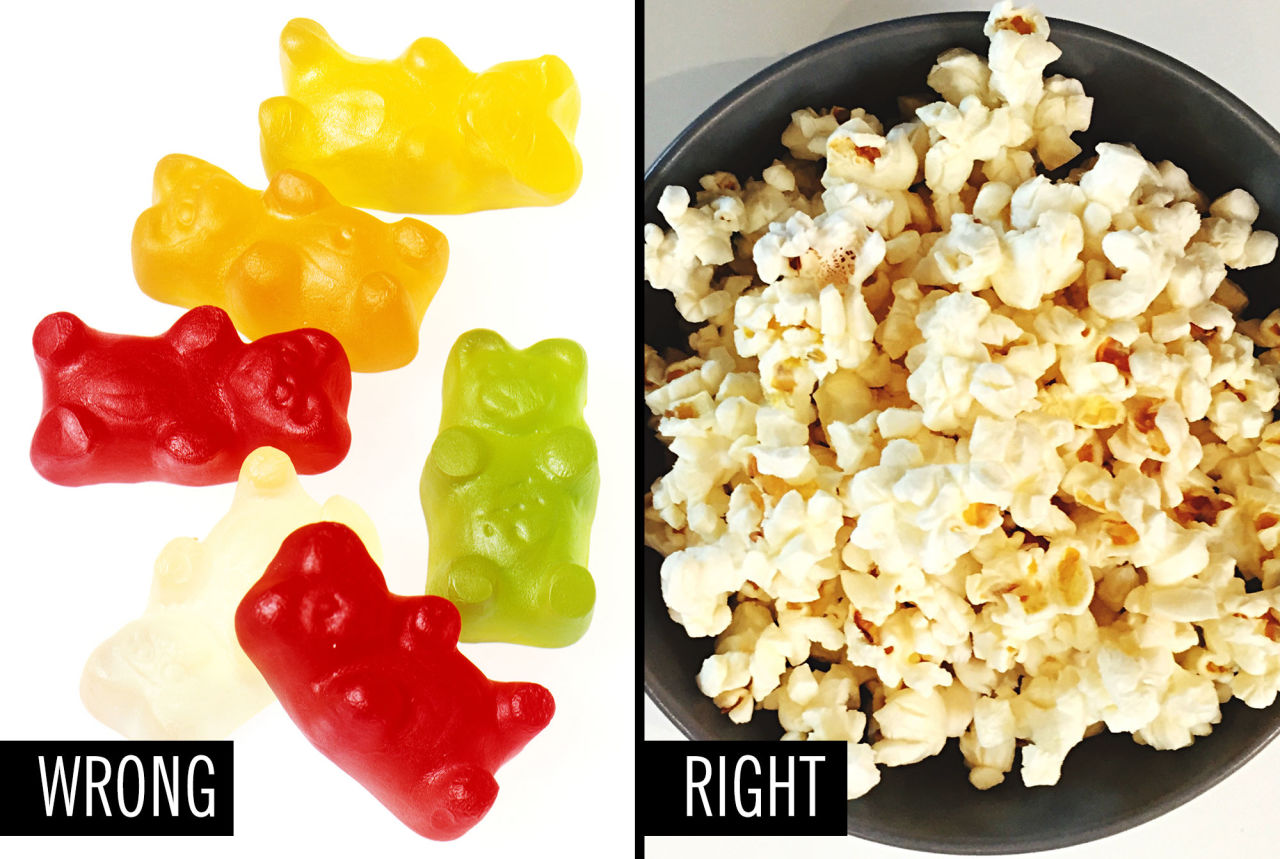 "Depending on what's living inside your gut and your body's capacity for digestion, gummies can be a complete disaster — especially sugar-free ones," Dr. Chey says. Regular gummies tend to contain fructose, which many people don't absorb well, while the sugar-free ones tend to be sweetened with sorbitol, a sugar alcohol that humans aren't designed to absorb. And when your body can't absorb something, it sends it to the colon to be fermented. There, intestinal bacteria create and spew out gas like an exhaust pipe.

ON A NETFLIX-AND-CHILL DATE: 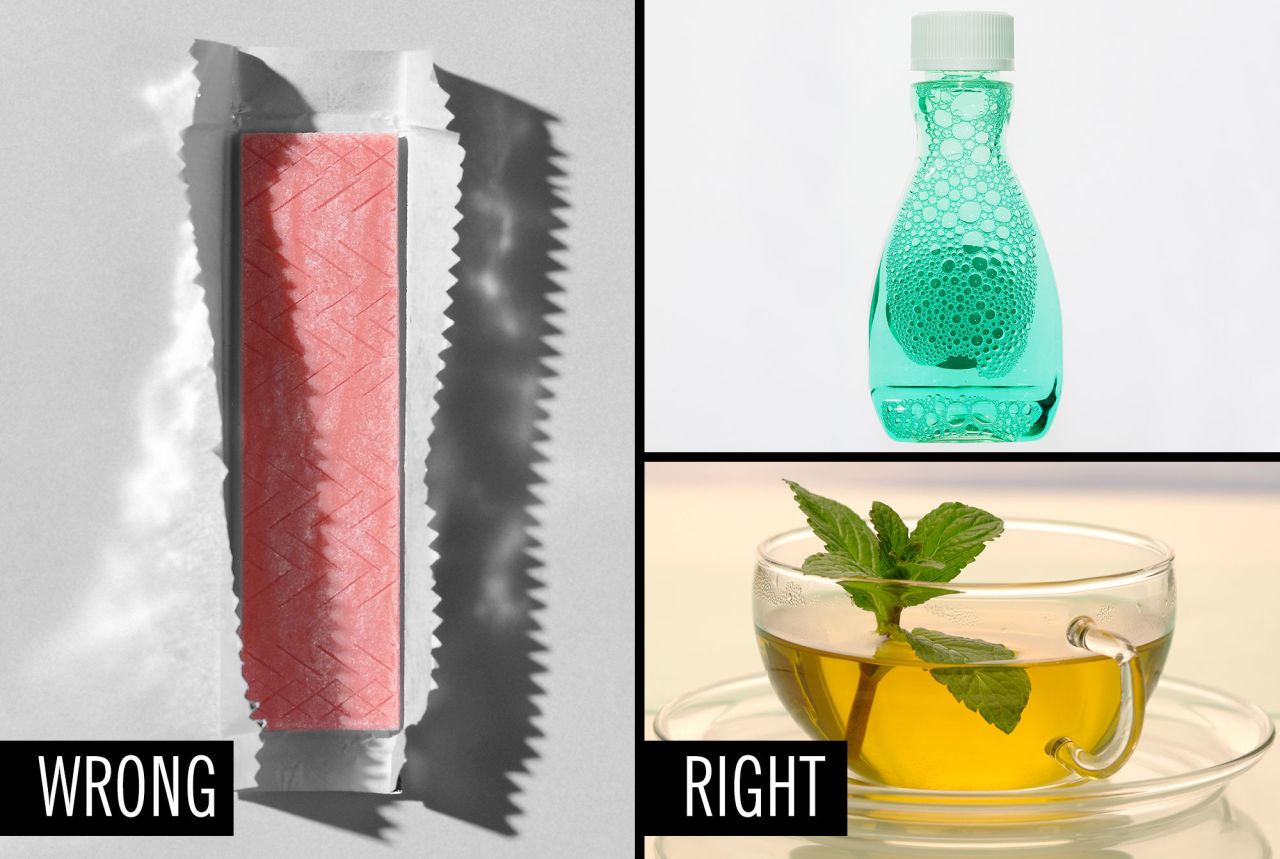 Yes, you want to keep your breath minty-fresh in case you do more chilling than Netflixing. But sugar-free gums, in particular, are often packed with sorbitol, that alcohol-derived sugar that your body can't absorb. So guess what happens next? (Clue: When it's not served in bear form, sorbitol is used as a laxative.)

Instead: Brush your teeth or swish with mouthwash to freshen up. Or brew a cup of minty tea. (Same difference.) 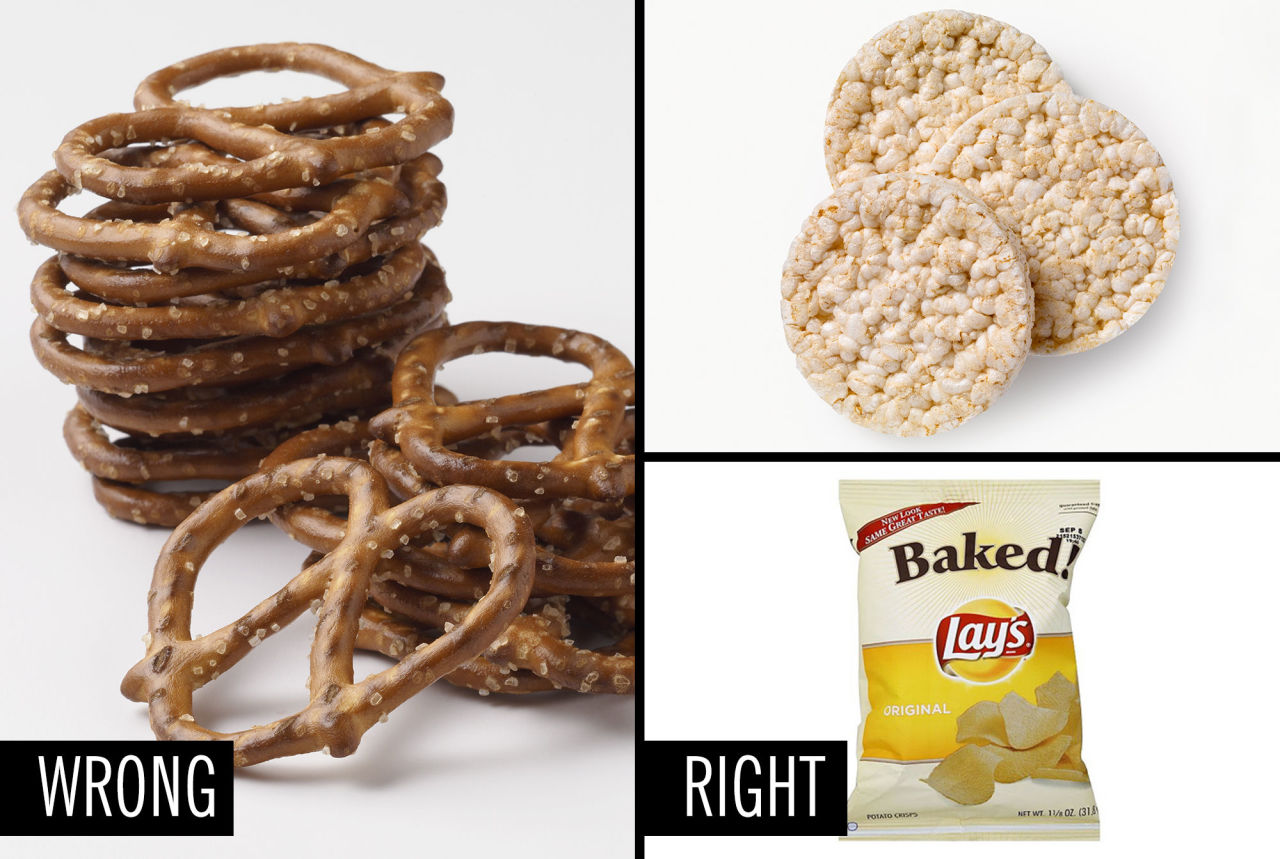 It's hard to say exactly why pretzels irritate the stomach and show up on so many lists of potentially problematic foods — but Dr. Chey thinks it has something to do with the wheat in the dough. And remember: Your date nerves can aggravate GI problems even if you've always eaten pretzels like it's your job.

Instead, eat: Baked potato-, rice- or corn-based snacks. If you're prone to (or worried about) gas, these ingredients are the easiest for your intestines to break down and absorb, Dr. Chey says. 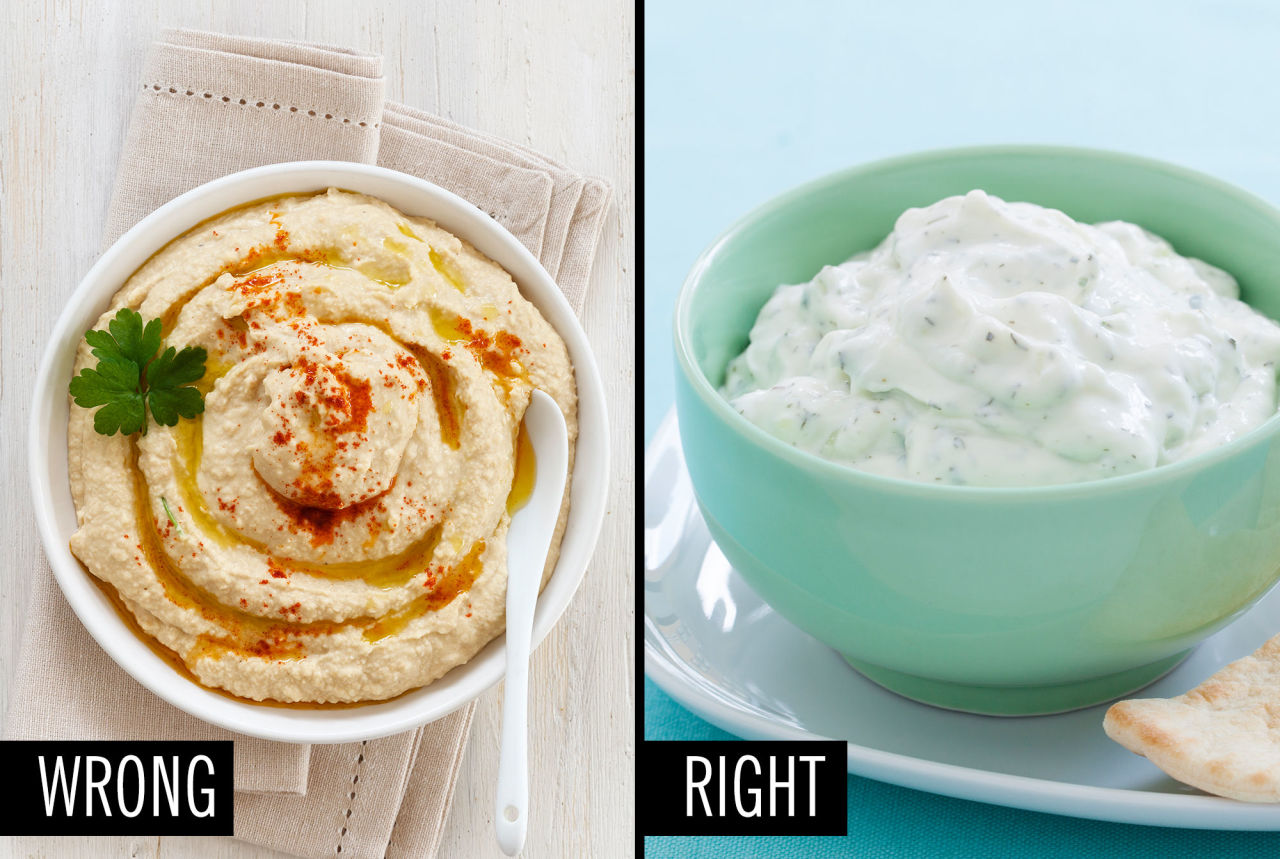 This dip gets its health halo because, unlike ranch dressings and sour cream, it's made from legumes and olive oil — so it's contains protein and healthy fats. However, legumes are a no-no if you want to avoid gas and bloating.

Instead: Skip the dip. Or branch out and try a Greek yogurt-based dip, which should be free of beans and legumes and contain less lactose than other dairy-based dips. 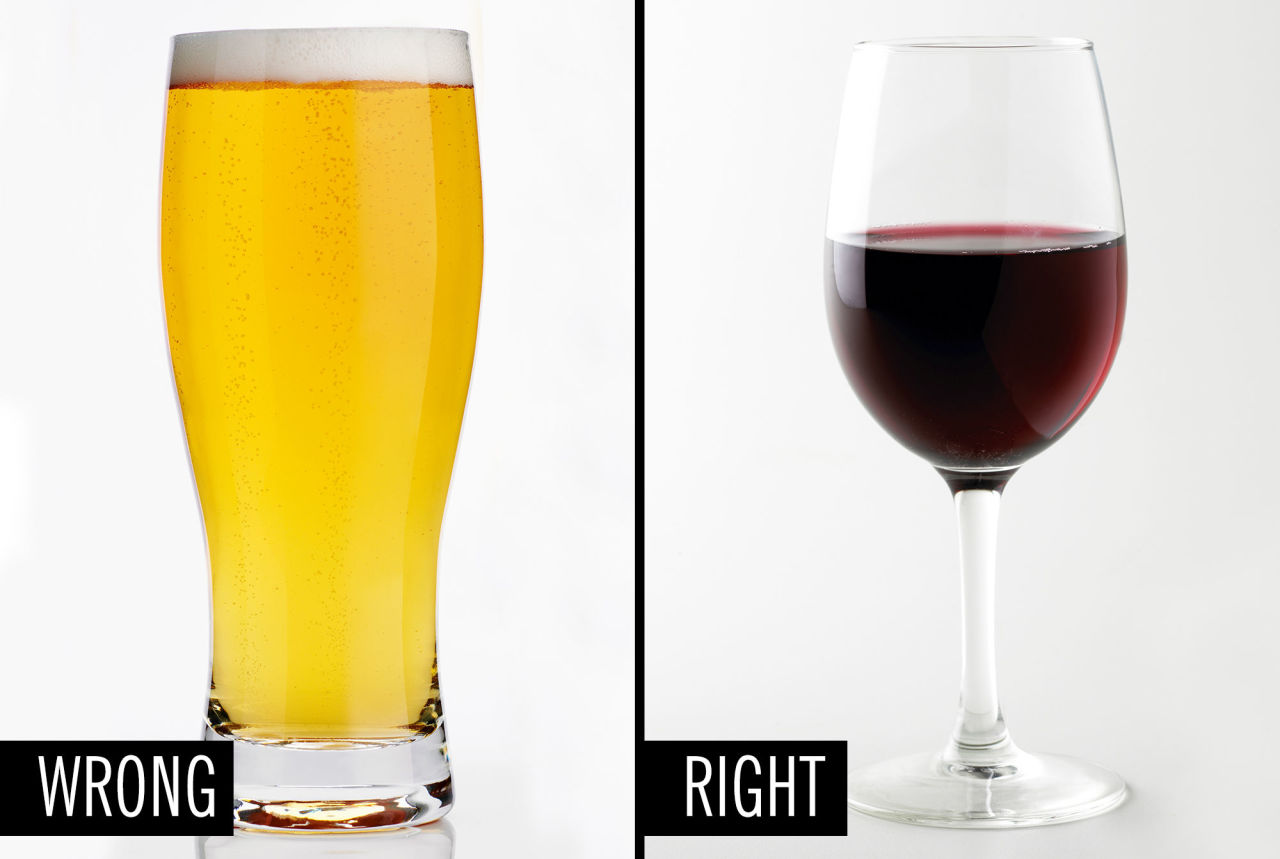 You know where those beer bubbles go: your stomach. And what goes in must come out in a burp, fart, or uncomfortable belly bloat. Awkward.

Instead, drink: Wine. (When is wine not the answer?!) 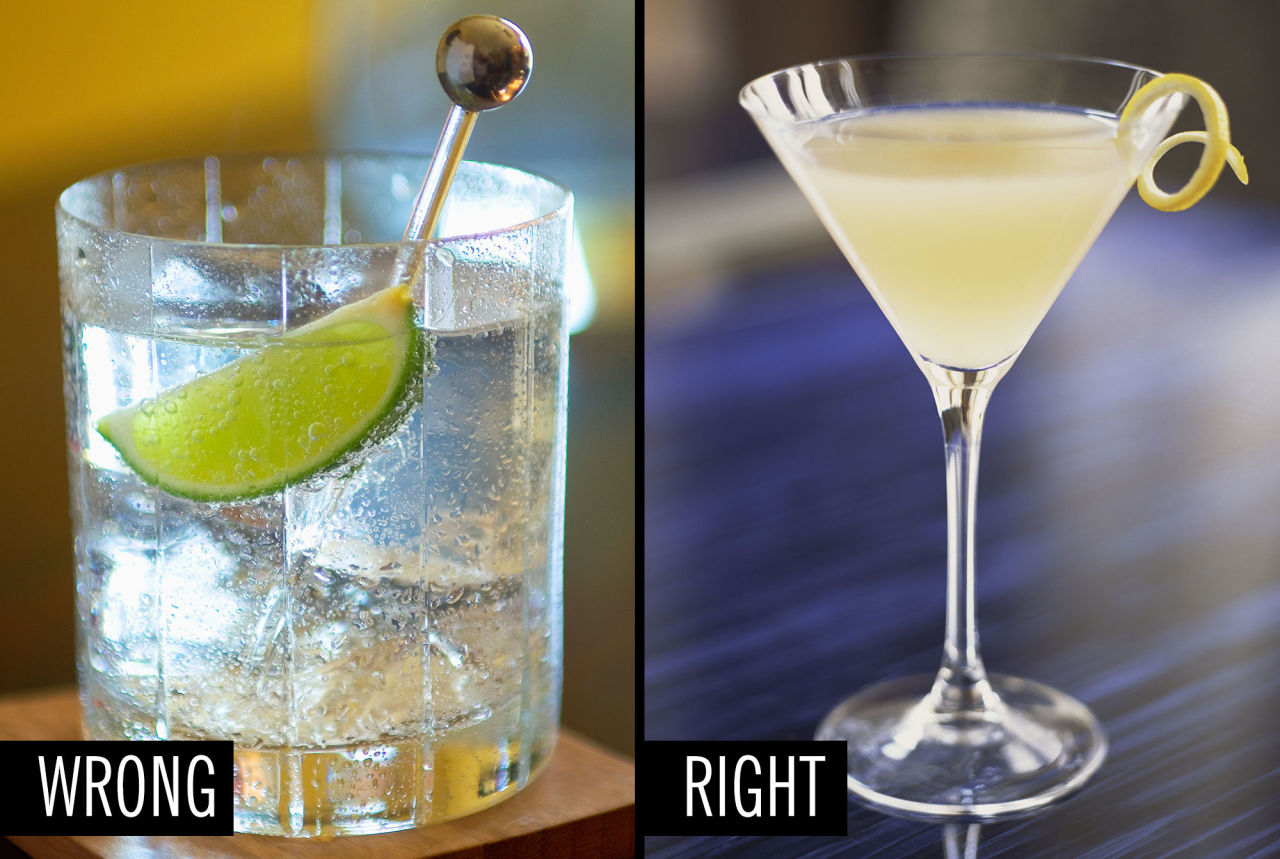 Carbonated mixers cause gas because they're full of it.

Instead, drink: A martini or your liquor of choice on the rocks. (Just remember to pace yourself if you're usually used to mixers.)

ON A DESSERT DATE: 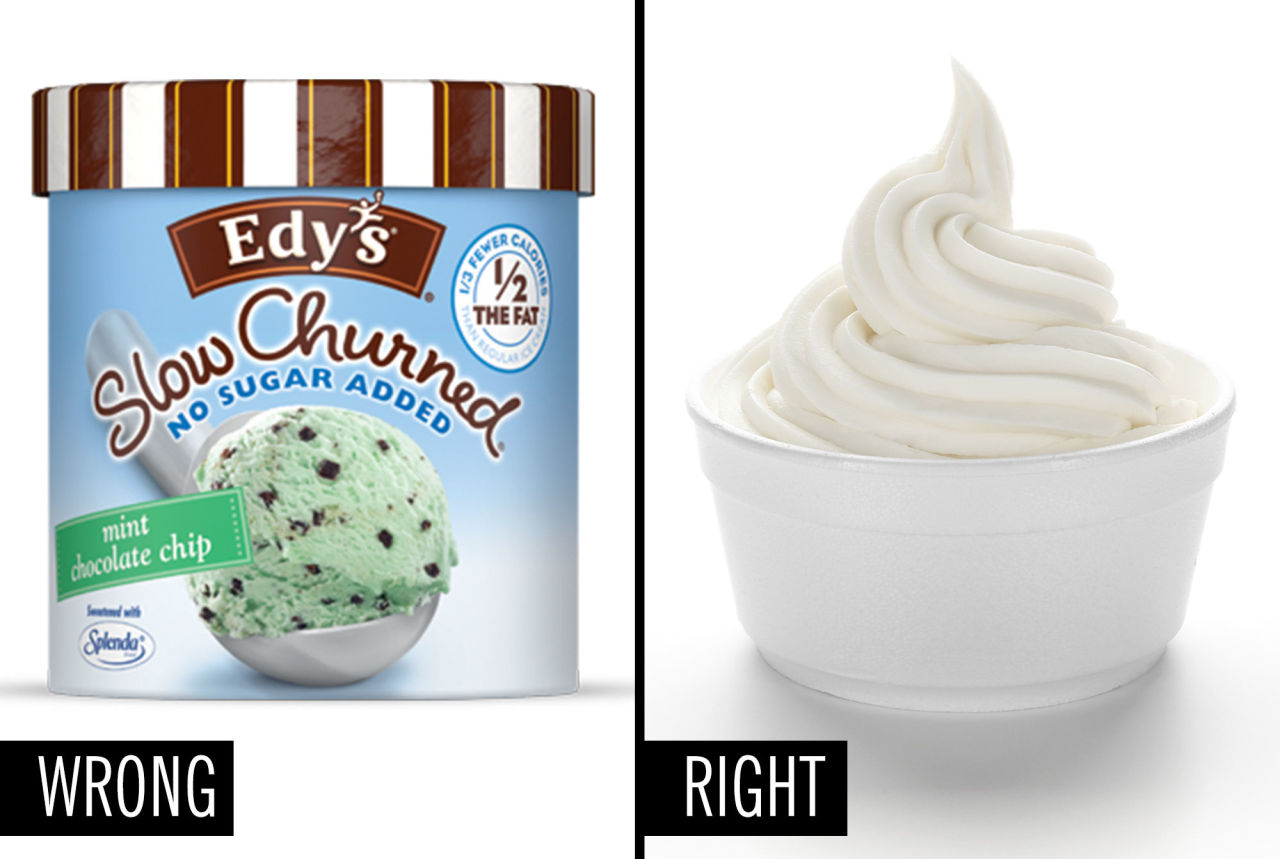 Besides the obviously problem of eating lactose (for people with intolerance or allergies,) sugar-free dairy desserts are likely to contain artificial sweeteners (like sorbitol or manitol), which, as you know/don't care to find out, can cause gas or laxative effects.

Instead, eat: Low-fat ice cream or frozen yogurt. It will have the same amount of lactose as the real or sugar-free stuff without the fake stuff that bloats you up (and out of the mood).